I just read in Develop that Activision is bringing back its dormant Sierra publishing label.  For those who don’t know: Sierra was once a driving force in games development and publishing in the 1980s and 1990s but suffered a long decline into the 2000s, effect shutting down finally by the late Noughties.

This made me think two things: (1) that’s great news (I have warm feelings from back in the day about Sierra games); and (2) this is another example of how keeping a brand alive legally through its dormant phase means it can spring back to life in the future – as Sierra is now doing.

In particular, I’m thinking that the legal team (at Sierra, its previous owner Vivendi and then Activision) decided to keep Sierra as part of Activision’s trademark portfolio all these years, despite its decline.  That’s ofc good corporate legal practice, but if the Sierra trademark had been allowed to lapse, I strongly suspect that Activision would NOT now be bringing back to life this veteran publishing name in the games industry.  That”s because it would no longer have any exclusive control over ‘Sierra’ in relation to games and that means it could potentially be challenged, or even blocked  from reviving the Sierra games label altogether.  So, if there wasn’t Sierra trademarks still ongoing, there wouldn’t be a return of Sierra now.

I checked the US and EU trademark registries and Activision registered Sierra as a trademark in June 1984 and it’s kept it alive all that time! 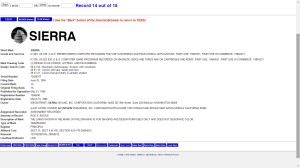 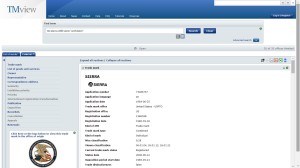 Of course Activision’s Sierra is not only the Sierra trademark around – there are dozens and dozens of competitors registered in other fields, especially given the prevalence of the word ‘Sierra’ in the USA and in Spain.  I suspect therefore that Activision may have had to lock horns with other trademark competitors over the years attempt to muscle onto its turf.

The moral of the story is: the brands you build in your games company – game names, company names, product and division names, even character names – all can have long-term value.  A company’s activities ebb and flow over time, but if you maintain your IP protection – especially trademarks – you can bring them back more easily in the future.  For more information about trademarks, read my guide to trademarks in games.