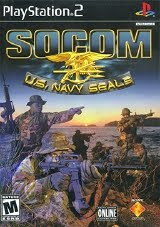 Thanks to Kotaku for this one: a US teen has pleaded guilty to criminal offences over his hacking and crashing of a Playstation web site in 2008, which he did in revenge for being kicked out of a tournament for the PS2 game SOCOM US Navy Seals for using a cheat mod.


Apparently, he carried out his attack by infecting the site’s servers with a virus.  Clearly, he was savvy enough to carry out the attack, but not savvy enough to hide his tracks, meaning that he was found out and has now pleaded guilty to four felonies: unlawful use of a computer, criminal use of a computer, computer trespassing and the distribution of a computer virus (this was part of a plea bargain and prosecutors have therefore dropped 11 other counts in exchange for the four guilty pleas).  Silly boy.


The case gives us an opportunity to remind everyone of the legal position in the UK.  The Computer Misuse Act 1990 is the principal legislation for hacking and it criminalises the following main actions:

(i) Intentional attempts to cause a computer to perform any function with intent to obtain unauthorised secure access to a computer or data on it (e.g. phishing),

(ii) Same as (i) but with the intent to carry out a further criminal offence (e.g. hacking a PC in order to commit fraud), or

(iii) acting in any way which causes the unauthorised modification of the contents of any computer, with the intent to impair the operation of any computer/programme or to hinder access to data on any computer (e.g. uploading a virus to a PC or server).

This Act was most recently used publicly by the UK police to swoop in on a group of Runescape players who had been hacking/phishing Runescape accounts for criminal purposes (more on that, and the Computer Misuse Act, here).


This is one of those posts when the legal lesson of the day seems blindingly obvious, but here goes anyway: hacking someone else’s computer or web site is a criminal offence, so don’t do it!