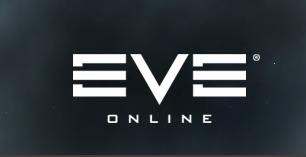 A high-profile case of insider trading was uncovered yesterday in the MMO Eve Online (thanks to Massively for writing about this first).

Some background: two of Eve’s most impressive features are that, firstly, by and large it has an (almost) completely unregulated economy which is effectively run by and for players in a kind of huge free trade free for all (I’m quite proud of just inventing that phrase); and, secondly, that the devs behind Eve, CCP Games, actively seek their players’ opinions through consultations with a player-elected “Council of Stellar Management” (CSM).

As part of that consultation process, CCP provides CSM members with highly sensitive information which, if made public, would very likely have a material impact on the Eve economy. Basically, they are provided with what in the real world is known legally as ‘price sensitive information’ (PSI): for example, you find out secretly from your mate who works at the world’s biggest producer of sheep dip that the price of sheep dip is going to treble tomorrow, so you try to corner the market by buying all the sheep dip now with a view to making a financial killing tomorrow. To guard against this kind of thing, CSM members have to provide their personal details to CCP and sign a Non-Disclosure Agreement – just as they would in the real world.

You can see where this is going, already. Yes, one of the CSM Council members found out some (still unknown but presumably juicy) information about CCP’s future plans for Eve and could not resist taking advantage. It appears that he carried out trades worth 2.5 billion Interstellar Kredits (the currency of Eve) in certain Eve products, with a view presumably to selling them at a massive profit when whatever these big proposed changes in Eve took place. Except that CCP got wise to his game pretty quickly and, within a week of making those trades, they blocked all of his accounts – tantamount to a death sentence in Eve, since it means that player is unable to play the game anymore.

Now, the value of this naughtyness is not massive: 2.5bn ISK is, in Eve terms, a substantial but not massive sum which, based on Eve’s official Real Money Trading scheme, could be purchased for about [US$400 or rather less on the black market – TBC] in the real world.  There has been more financially damaging crime in Eve’s past – for example, the famous Guiding Hand Social Club heist in 2005. The really interesting thing here is not so much the financial harm caused but rather that this kind of misconduct is possible in a game and will certainly be committed again in the future (in fact, Eve is no stranger to scandals: [insert a couple of links here].

Taking a step back, if this kind of misconduct was carried out by a director in a real world company, he/she would face a whole world of legal woe, including potential claims of breach of directors’ duties and market abuse as well as criminal prosecution for insider trading. In other words, enough to put you out of your job and your house and into jail. This is because insider trading is perceived as being one of the most damaging forms of economic crimes, because it reduces trust in the financial institutions and companies which form the backbone of the economy (no credit crunch jokes please, this is serious stuff).  Obviously though, CCP isn’t realistically going to try to pursue real world claims (although one day we will get around to writing an article about what might happen if they tried).

More generally, all this raises very interesting questions about the extent to which Eve, or any MMO for that matter, can and should have a more sophisticated (we would say quasi-legal) regime that first of all says that this kind of conduct is a bad thing, secondly has some sort of mechanism for impartially testing any allegations of misconduct, and thirdly sets out the proper punishment to be meted out for the misconduct.  Regarding that last point, at present, CCP’s main recourse is to ban the player from playing the game, which is of course the ultimate deterrent in the same way that capital punishment is the ultimat deterrant to criminals in the real world – but isn’t that a bit of a blunt instrument? Perhaps CCP should be thinking of a range of punishments as part of their new regime, from account-bans to public censure and financial compensation to (perhaps) lesser punishments for lesser offences. Perhaps one day someone will take this up and we may see the world’s first MMO ASBO…?